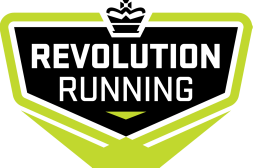 ​How Does It Work?
1) Pick a coach you feel would be a good fit for you.
2) Contact us to let us know your preferred coach.
3) We put you in touch with that Coach (if they're available).
4) They take you through an Initial Consultation to get to know you and your goals.
5) Once they start your program, we bill you on the 1st of each month.

For further details and to sign up, please email:
Ewen@revolution-running.com

Jeffrey has been working with Revolution Running as an online coach, since 2013. He is a self-coached marathoner and two-time World Championship Team member who was recently 8th at the Boston Marathon in a time of 2:11. Jeffrey attributes his improvement to a full-time commitment to running and adopting a dynamic approach to training; he continues to explore and apply new methodologies to his running to maximize performance. He has enjoyed sharing his findings as a contributor to both Runner's World and Running Times Magazines. In joining Revolution Running he looks forward to guiding others towards their running goals.

"Boulder has been the perfect town to continue my journey, and I am looking forward to helping others in our community enjoy the sport and reach their potential." 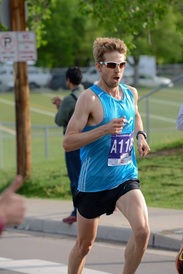 For the past 20 some odd years Chris has been running the hills and roads of Boulder and the greater Colorado area. In fact he tries to run wherever it is he travels, a motto that has led to some of his most memorable runs.

You see, Chris just loves running, whether it's running just to run or training hard and competing in races. He strives to share this simple yet profound pleasure with everyone he runs with. He enjoys utilizing his vast experience from a wide variety of race distances and terrain. He is the owner of Boulder Deep Tissue and specializes in deep tissue and sports massage. 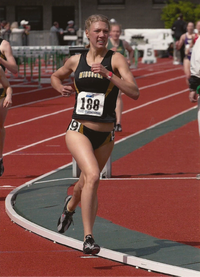 ​Kristin began running in middle school in Northwest Iowa. While in high school, she won 13 individual state championship titles in 3000m, 1500m, 800m, and cross-country.  She became the only athlete in Iowa history to make the distance sweep in track (800, 1500, 3000) for 3 consecutive years.  Kristin broke over 100 meet records and was also Gatorade Athlete of the Year. She has been inducted into the Iowa State Hall of Fame, and the Iowa Track Coaches Association Hall of Fame.

Kristin took her talents to the University of Missouri.   While there, she struggled with injury but still had notable success.   Kristin’s college accomplishments include: All-Big 12 (7 Times), Big 12 champion (DMR team), and 2-time national team qualifier.  Off-the-track Kristin studied nutritional science and is a registered dietitian nutritionist.

After having 2 children and a season of casual running and racing (5k to marathon), Kristin is back to competitive running and excited to share her passion and experience with others.  She’s a NCSF certified personal trainer and RRCA certified running coach.  She has knowledge in gait, human physiology, nutrition, and in creating effective training plans for runners competing in distances from 800m to the marathon.   Kristin believes that every runner is different with varied histories, goals, strength, weakness, and motivations.  She uses that understanding as a framework for creating plans and motivating clients to reach new levels of running enjoyment and achievement. 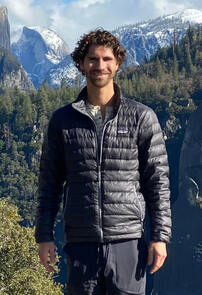 Next, Lehn served for two years as the cross country graduate assistant at Augsburg University (Minneapolis, MN) while earning a Masters of Arts in Leadership. Upon graduation, he eagerly moved to Fort Collins in May of ‘21 and eventually down to Boulder in June of ‘22 where he trains for the marathon.

Lehn has also privately coached clients online the past three years with a focus on building relationships and guiding athletes of all abilities to their running and personal goals. 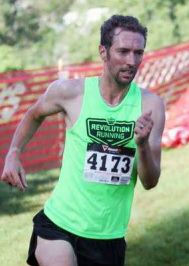 Ewen North has been Head Coach and Director of Revolution Running since 2005. Born in Shrewsbury England, a competitive runner since the age of 7, Ewen has helped hundreds of runners improve and achieve their goals through the Revolution Running training program.

A cross country and track school champion in his native England, Ewen spent his teenage years as a competitive mountain bike racer at the national level before also reaching the national level as a runner. He has competed in the British World Cross Country Trial and several other National Championship events as well as 10 marathons, over 20 half marathons and too many 5K/10K road races to mention. He ran collegiately at two national powerhouses, Adams State College and Oklahoma State University.

Ewen began his coaching experience as an assistant Coach at Adams State College in Colorado and then at The University of Nebraska Track and Field Team.  He has a Masters degree in Exercise Physiology and Leisure Science with a specialization in Sports Psychology, adding to his wealth of knowledge and experiences as a coach.

Ewen's main coaching philosophies are to promote health and fitness by creating a fun and interactive training environment. He believes that consistency is the key to improved fitness and that training should be kept simple and easy to understand. 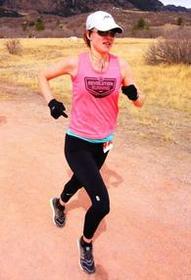 Heather has been coaching for Revolution Running since 2005.  She has extensive experience with gait analysis, exercise science, biomechanics, and injury prevention / treatment and owns Red Hammer Rehab as a Doctor of Physical Therapy in Boulder.  During practices, Heather works with each runner to find out where they are in their running, where they want to go, and how to reach their goals.  Heather realizes that with running, consistency, group training, and staying injury free are the keys to staying healthy, keeping fit, getting faster, and of course having FUN!

Peter Valentyik has been a Coach with the Training Club sine 2006 and obtains great satisfaction learning and sharing knowledge and experience with athletes of different abilities. He also coaches Masters swimming, Nordic Skate skiing and is a private Swim Instructor for all abilities. Peter began his swim coaching/instruction in College and continued ever since with continued refinement in methods, athlete success and satisfaction. Born in Northern Michigan, he started out as a competitive swimmer since the age of 9 in Budapest Hungary, while attending school for one year. He then continued with swim competition into High School (MVP his senior year) and College (Most Improved Freshman Year).

Noted performances included two consecutive years of competing in for the US @ Age Group Short Course World Championships in England (20th place) and New Zealand (7th place). Peter then chose to compete as a Professional Triathlete, where he competed for 13 years while also balancing a full time engineering career in the Medical Device field. His most notable performances included a 2nd overall lead after the swim and bike sections in the 2004 Wisconsin, Ironman.

Other competitions included competing in the Long Course World Championships, in Muncie Indiana, numerous National Olympic Distance and Half Ironman Distances and winning a handful of local Sprint and Olympic Distance Triathlons and Duathlons.